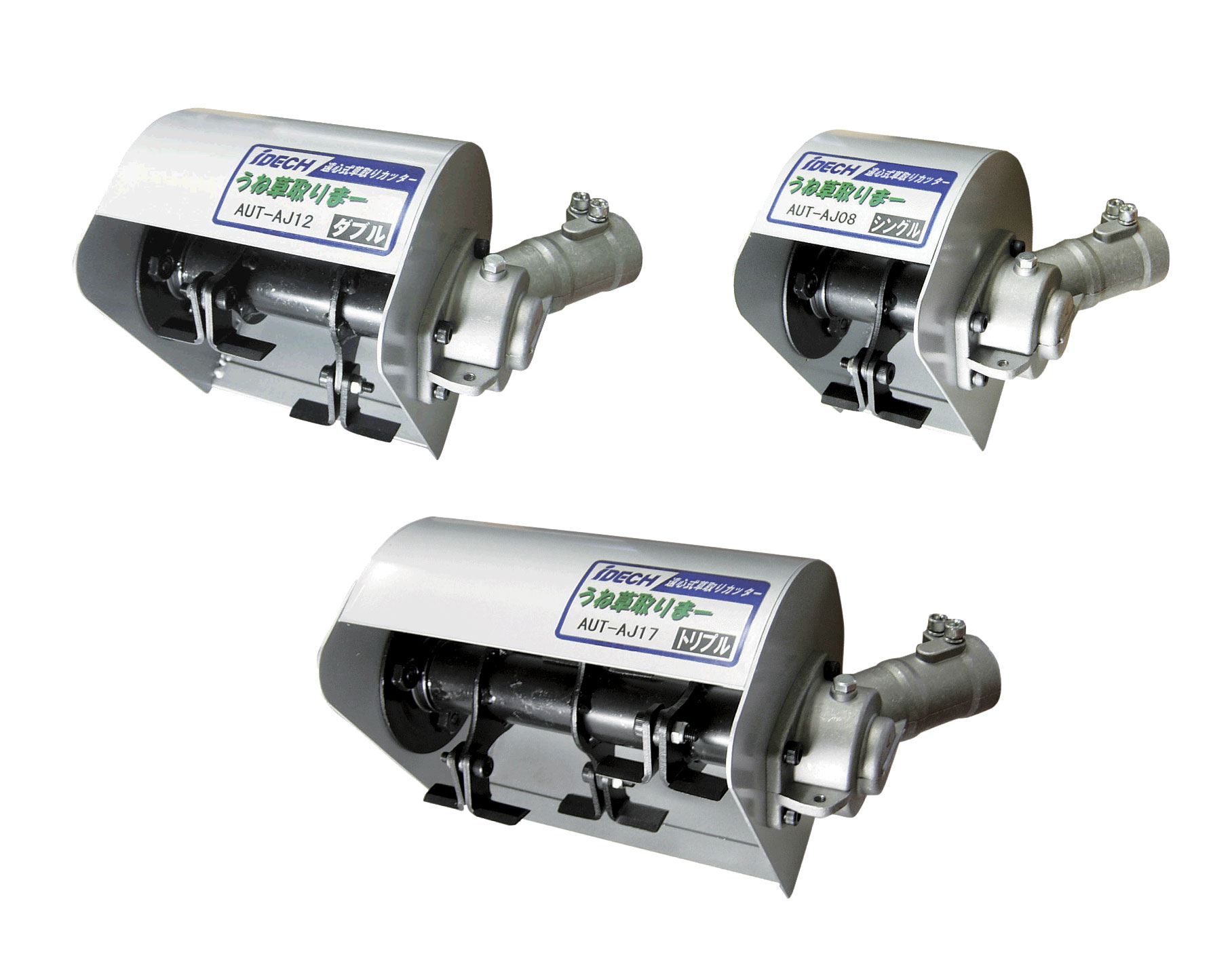 Strong power generated by turning force and inertia removes weeds from their roots and crush them. Blades will be disengaged when they hit obstacles to ease the external impacts.

Grounding is done at the same time while removing weeds. Weeds are removed from their roots to restrain the growth of new weeds.

※ The finish condition varies according to a state of the soil.


Suitable for a weed of around 10cm

New Sense on the Trimmers

Different from the normal trimmer works, swing the trimmer mounted with the Weed Hammer Blade from right to left.

Shift the handle and strap forward for better balance and ease of operation.

Weed Hammer Blade can be mounted to commercial trimmers, and weed removal can be done easily and efficiently without need of sitting down.

Weeds are removed from their roots, thus the growth of new weeds are retained.

Just swing the trimmer on the ground. The protective cover of the Weed Hammer Blade prevents debris from flying, and flying direction is the same if any, ensuring safety.

Because no blades are exposed, weed removal work can be done anywhere; between stumps, around tree, flower bed, between sheet covered ridges.

８．Just place on the ground

Just place on the ground and swing. Then less power is needed ensuring comfortable work.

Because both sides of blade is sharpened, cutting sharpness recovers simply by replacing the blades in front and back. Blade replacement can also be done with ease.

It’s possible to mount Weed Hammer Blade on the commercial trimmers with adapters. 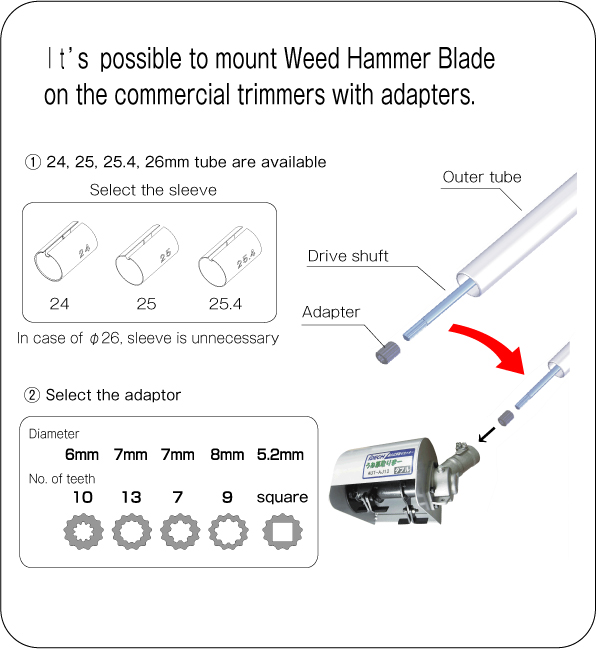